I have to say, I was really impressed while watching the Nikita series and what they did with the computer work. Yeah, they do have fancy software that looks all nice and stuff (even on a monochrome screen), but apart from that there’s hardly anything that can be criticized.
The only thing that the makers kept doing wrong continuously they did on purpose: they used bogus IP addresses. My guess is they did not want any real real world references in order to stay in this technical fantasy world.

Nevertheless there are a few things which I would like to share that stuck out throughout the series.

Code gibberish on the left part of the screen. Maybe it’s supposed to be scrambled, however you can read the word “Exit”, so I can’t guess the original intentions: 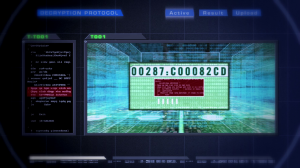 But they also have “nice” coding. A lot of code with a lack of whitespaces, which makes it hard to read. Also a code fragment for some cell phone hacking – whatever datatype “CODE” is ;): 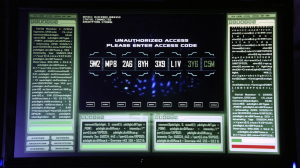 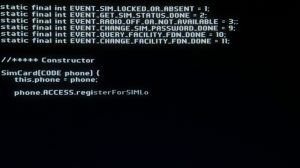 As already mentioned the characters can use fancy computer software (notice the words “Hack” and “Exploit” 😉 ): 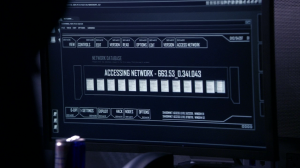 The following images show bogus IP addresses. You will notice that at least one octet exceeds 255 (dec), which makes the IP address invalid: 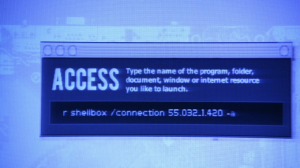 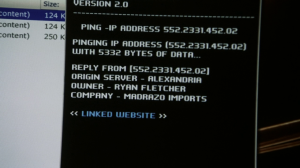 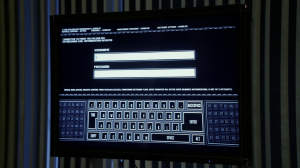 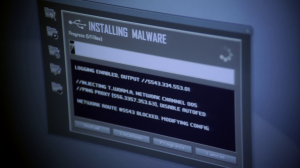 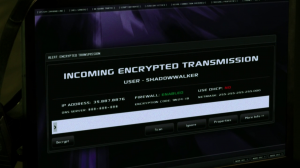 And last but not least: a real goof. The scene is supposed to take place in Germany – and I’m guessing they really shot in Germany (as they did with other countries). However, the license plate does not follow the right pattern of German plates. Real ones do not mix letters and numbers at the end (even the special case of “H” – meaning historic – would put that letter at the VERY end), apart from the fact that there is no county “RX”: 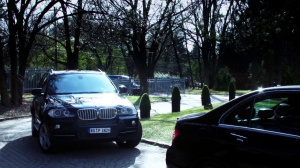 That said, I really enjoyed watching that series and tech people will have a lot of fun following contents of computer screens :).